The Tar Sands Storytelling Project is a collaborative, grass-roots and first of its kind visual arts exhibit. Over the course of six months, 10 Wisconsin artists researched, rendered, and reflected upon the cradle to grave story of tar sands oil in Wisconsin. The 10 panel exhibit of their work depicts different aspects of tar sands oil and pipeline infrastructure in the context of the global climate crisis. The exhibit first opened on April 26th, 2019 at the Clark Cultural Arts Center (CCART) in Neillsville, WI. The art can now be viewed here, on the website, as well under the “See the Art” tab.

Wisconsin is home to the world’s largest tar sands pipeline outside of Russia. Line 61 is owned by the Canadian oil company Enbridge, and pumps 1.2 million barrels of tar sands oil from Alberta Canada through Wisconsin and down to the Gulf of Mexico each day. Within Wisconsin, the line runs from Superior, WI to a refinery in Flanagan, IL. The threat that tar sands pose to the environment, Indigenous rights, property rights, and our health and safety are vast.

Today the fight against oil pipelines in Wisconsin is more important than ever as Enbridge has discussed plans to add a second Line 61 “twin line” (Line 66).

Additionally, Enbridge is working to build a replacement Line 5 Pipeline upstream of Copper Falls State Park, despite calls to decommission the pipeline by the Governor and Attorney General of Michigan, the Bad River Band of the Lake Superior Ojibwe, and dozens of community members, businesses, and organizations. 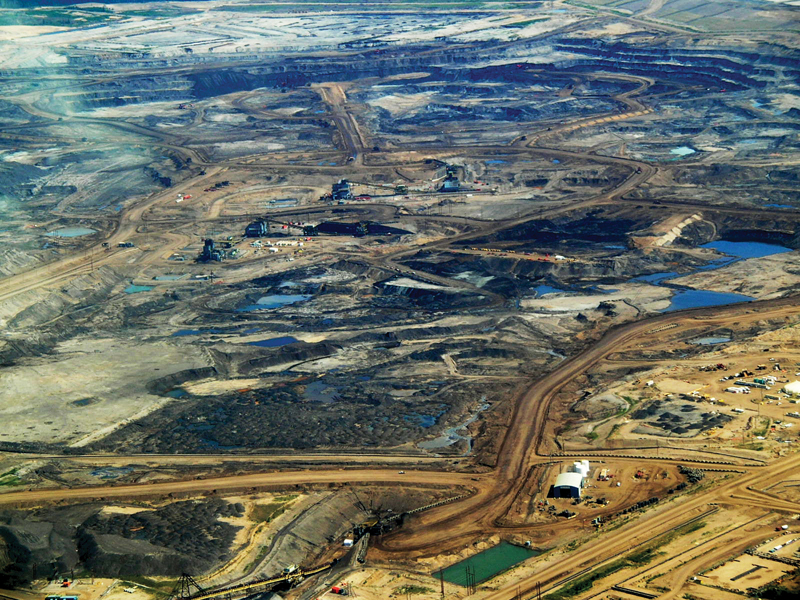 After the project was officially launched on April 26th, the exhibit went on tour to nine different locations along the pipeline, across the state of Wisconsin. Over the course of the eight day tour, over 700 people saw the exhibit.

Funds and organizational leadership for this project was provided by the Clark County Cultural Art (CART) Center, The Sierra Club – Wisconsin Chapter, and the Wisconsin Youth Network (WiYN). ” A special thank you to Tia Nelson and the Outrider foundation for their contribution to this project”.